How to start an NGO in Vietnam 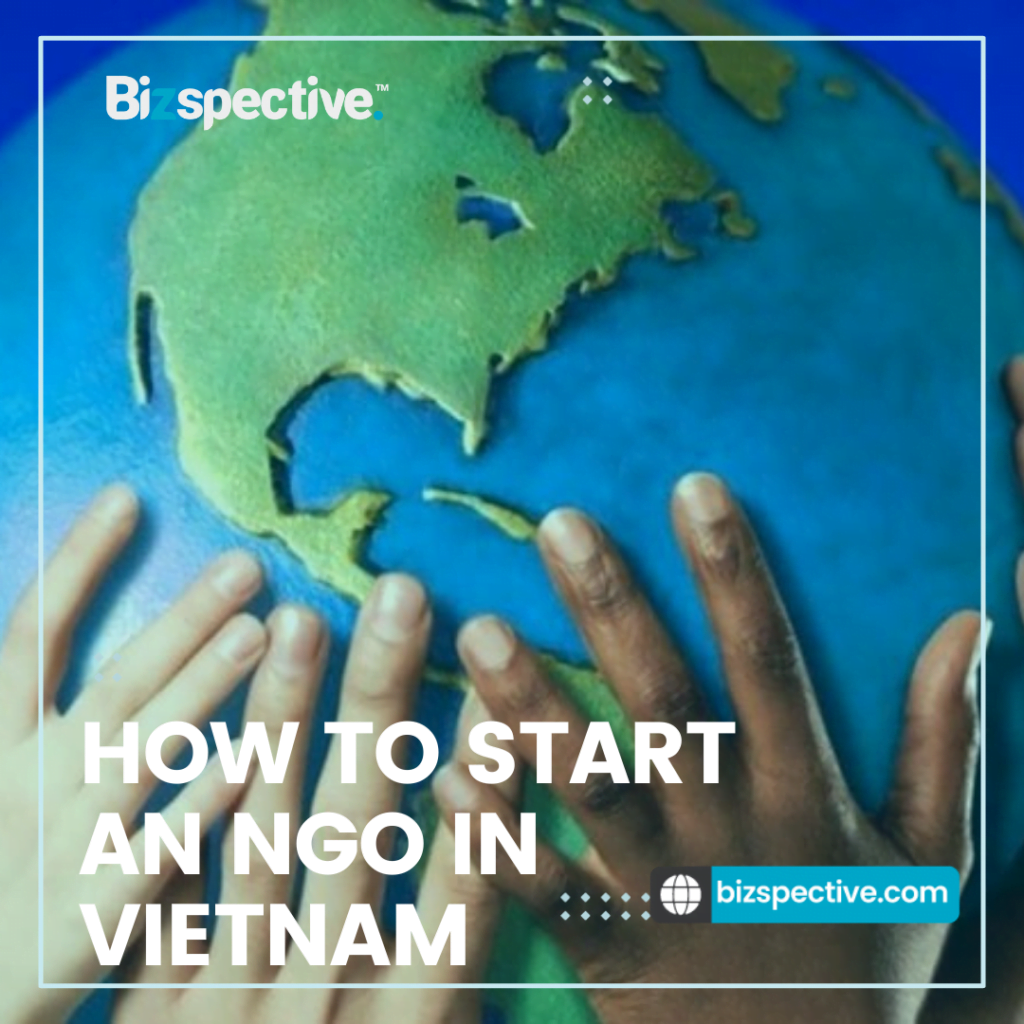 If you want to know how to start and run an NGO in Vietnam, then this guide is for you. It details the different options, the procedures, requirements, and time frames for starting an NGO in Vietnam.

1.What does it take to start and run an NGO in Vietnam?

The question may have crossed your mind at some point: what would it take to establish and run a non – governmental organization (NGO), a non – profit, or a charity in Vietnam? Giving something back to the country that we love. Would it be similar to starting a “normal” business in Vietnam, or is there more to it? Recently, we have been asked this question several times. So let us share with you what we know:

2.Choosing a suitable structure for your NGO in Vietnam

Basically, there are two main options for starting and running an NGO in Vietnam. Each one of them has its own advantages and disadvantages. And they each have their own procedure and requirements. Let’s zoom in on them, one by one.

Option A | The Vietnamese fund

You can think of the “fund” as the local Vietnamese version of the NGO. It is regulated by Government Decree 93/2019/ND-CP, and it is defined as: “a non-governmental organization that is established from certain assets voluntarily donated by individuals or organizations, or established under a testament or through a donation”. There are “social funds”, which focus for example on education, health, and sports, and there are “charity funds”, which are more aimed at providing relief for natural disasters, accidents, and indeed epidemics.

Foreign involvement in a local fund

A fund has its own legal status, seal, and bank account, similar to for example a limited liability company. Very important to realize is that only Vietnamese citizens and organizations can be founding members of a fund. Foreign organizations and individuals can contribute to the establishment of a fund, a foreigner can be given an honorary position within the fund, but they cannot be on the founding board. Instead, a foreign organization can appoint a Vietnamese individual to be on that board on its behalf. It is not explicitly mentioned in the Decree, but it is unlikely that a fund can legally employ any foreigners.

Capital requirements for a local fund

●Are there any foreign individuals and/or organizations involved in the initial founding, and
●The scope of the fund’s operations,

For example: a purely Vietnamese established fund operating only at the “communal” ( = ward) level, requires a starting capital of only VND 25 million. On the other side of the spectrum, a fund that is established with the contribution of foreign individuals and organizations, operating nationwide, requires at least VND 8.7 billion. There are various options in between, and each one has its own prescribed minimum capital.

Authority in charge and time frame

Registration applications are to be submitted to the Vietnamese Ministry of Home Affairs for large-scale funds, or to the Chairperson of the provincial People’s Committee for smaller-scale funds. The licensing procedure takes (on paper) 40 business days. The funds must be contributed to the fund within 45 business days from the date on which the fund is granted an establishment license and has its charter acknowledged. Option B | The foreign-registered NGO

The main alternative to establishing a local fund is to work with an NGO that is already registered in a foreign country. That NGO could then apply for the right to operate as a foreign-registered NGO in Vietnam. This structure is regulated by Government Decree 58/2022/ND-CP. There is a special Authority in charge, namely the Committee for Foreign NGO Affairs (“COMINGO”), which is directly reporting to Vietnam’s Prime Minister. The Decree applies to: “non-governmental organizations, non-profit organizations, social funds, private funds, or other social or non-profit organizations, which are established under foreign laws and which carry out development assistance and humanitarian aid activities not – for – profit, or for other purposes in Vietnam.”

Approval to operate a foreign-registered NGO in Vietnam

●The legal person status under the law of the country in which it is established,
●A clear operation charter and guidelines, and
●A plan on humanitarian and development activities in Vietnam through programs, projects, or non-project aids in line with the socio-economic development policies of Vietnam.

Apart from that, the Authorities will scrutinize the foreign NGO’s history and development, its funding sources and financial capacity, as well as various supporting documents. The approval procedure takes (on paper) 45 business days, and the certificate is valid for 3 years.

Establishing an office in Vietnam for your foreign-registered NGO

The main requirements for a representative office are:

●Having committed long-term (>5 years) operation through programs and projects approved by competent Vietnamese authorities,
●Having operated effectively in Vietnam for at least 2 years, and
●Opening the office only in Ha Noi, Da Nang, or Ho Chi Minh City.

Both procedures take (on paper) 45 business days, and both certificates are valid for 5 years.

Hiring staff under your foreign-registered NGO in Vietnam

Important to know: foreign non-governmental organizations may rent an office and recruit foreign and Vietnamese employees, after obtaining a written approval from the licensing State agency, in compliance with its registration certificate and with Vietnamese law.

3.In short: what are your options for establishing and running an NGO in Vietnam?

There are two main options if you would like to establish and run an NGO in Vietnam: (A) establishing a local fund, or (B) obtaining approval for your foreign-registered NGO to operate in Vietnam. The requirements may seem a bit strict, but in fact, the Vietnamese Government welcomes foreign development aid that can have a real socio-economic impact. The licensing and capital requirements as described above can be seen as a kind of “filter mechanism” for the Vietnamese Authorities to make sure that only serious, bonafide foreign NGOs are allowed to operate in Vietnam.

4.Which NGO option is the most suitable for you?

If your main aim is to get a legal structure in place for your development goals, then the local Vietnamese fund could be an option for you. As a foreigner, you are allowed to contribute to the establishment of the fund, but you would need to work with Vietnamese partners for the actual registration and running of the fund. If you already have a structure in place abroad, and if you are looking to be actively working for your NGO’s projects in Vietnam: then the foreign NGO – option could be the way to go for you.

5.More information about NGO in Vietnam

Would you like to learn more about establishing and running an NGO in Vietnam, or do you have any other business plans: let us know! We look forward to hearing from you and guiding you towards realizing your plans.

How to start an…

In this article we will cover the fundamentals of…

How to buy equity…

A foreign investor / entrepreneur can either fully buy out…

A foreign investor / entrepreneur can either fully buy out…