The highlight is on Vietnam export, a “golden” time is coming 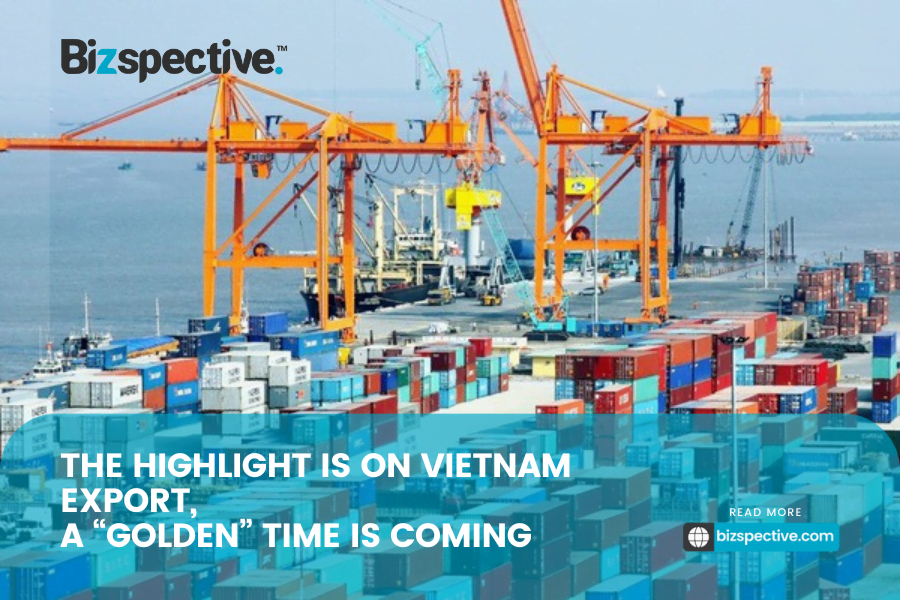 Domestic enterprises need to take advantage of the market’s opportunities in the last few months of the year. This is to make up for the loss in Vietnam exports during the affected period due to COVID-19.

The complicated development of the Covid-19 pandemic has affected the socio-economic situation heavily. However, economic growth in the first 9 months of 2021 still reached 1.42%. In this difficult time, exports have become a highlight and an important premise for Vietnam to recover production, business, and coming soon an increase in exporting goods.

According to the latest data of the General Statistics Office – Ministry of Planning and Investment, compared to the same period in 2020, the total import and export turnover of goods in the first 9 months of 2021 still maintained a high growth rate, reaching 483.17 billion USD – up 24.4%. Notably, the trade surplus returned in September with 0.5 billion USD. Furthermore, the Vietnam export turnover of goods in the past 9 months reached 240.52 billion USD, up 18.8%.

In the past 9 months, the export turnover of agricultural – forestry – fishery products was estimated at 20.1 billion USD, up 10.8%. Vietnam Association of Seafood Exporters and Producers (VASEP) said pangasius exports reached $994.2 million, up 8.8%.

For the shrimp export, after many provinces and cities implemented social distancing under Directive 16, factories had to shut down or reduce their maximum capacity to implement “3 on-site” which led to a decrease. However, thanks to a good growth momentum prior to this, the accumulation in the first 8 months of 2021 meant that the shrimp export value still increased by 6.5%, reaching 2.5 billion USD. According to the Vietnam Textile and Apparel Association (VITAS), the total Vietnam export value of textiles and garments in the first nine months of 2021 is estimated at $29 billion, up 13.2%. Mr. Truong Van Cam, Vice Chairman of VITAS, said that the industry’s results in the past 9 months still maintained a good growth compared to the same period in 2020, and was close to the export turnover of the same period in 2019.

Deputy Minister of Industry and Trade Tran Quoc Khanh affirmed that Vietnam has made good use of opportunities from free trade agreements (FTAs) as well as efforts to maintain production and exports even during the pandemics. The pace of production and exportation in the North and Central regions with huge export centers such as Bac Ninh, Bac Giang, and Thai Nguyen has been maintained. The determination to ensure the circulation of goods at all stages is also an important factor affecting Vietnam export results; congestion problems were soon resolved and removed.

According to Mr. Tran Thanh Hai, Deputy Director of the Import and Export Department – Ministry of Industry and Trade, the end of the year is always considered as a “golden” time to increase exports due to very high market demand. Demand for shopping and consumption during major holidays at the end of the year in other countries is an important factor for exports to increase.

Mr. Tran Thanh Hai said that besides maintaining effective disease control and speeding up the progress of vaccination, domestic enterprises need to take advantage of the market’s opportunities in the last few months of 2021 to make up for the loss in exports. Vietnam export activities have been granted many advantages and incentives from FTAs. This is a solid foundation for us to further develop exports in the future. Referring to the European Union–Vietnam Free Trade Agreement (EVFTA), Mr. Nguyen Hoai Nam, Deputy Secretary General of VASEP, said that since the EVFTA took effect, Vietnam’s shrimp exports to the EU market have increased. In the last few months of this year, many markets have shown positive signs, especially the US and EU having relaxed the lockdown policy, reopened, and are now ready for the end of the year holidays.

Until the end of the year, the Ministry of Industry and Trade will continue to implement solutions to strengthen and expand export markets, taking full advantage of the FTAs, and guide businesses to focus on small and niche markets. At the same time, the Ministry of Industry and Trade will strengthen the control of some strategic commodities; working with the Chinese Embassy to propose facilitating customs clearance through the northern border.

In addition, a representative of the Ministry of Industry and Trade said that they will fully exploit the opportunity to immediately export agricultural products to South Asian and East Asian markets besides maintaining exports to China, Korea, and Japan.